Autumn 2011: a weekend in Asolo, city of a hundred horizons 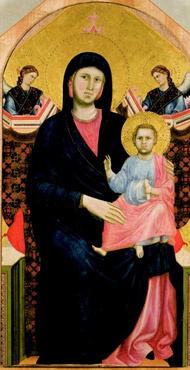 La Bella Italia, La Reggia di Veneria, Turin, until September 11,  www.laveneria.it.  As an important part of the celebrations of the Italy’s 150th anniversary, the Veneria (an extraordinary hunting residence of the Savoy kings on the outskirts of Turin) will host an equally extraordinary exhibition that traces the evolution of Italian art from antiquity to 1861, 350 works by Italy’s greatest artists present the richness and diversity of Italian art, including works by Giotto, Leonardo, Botticelli, Donatello, Michelangelo, Raphael, Bernini etc!

The Factory of Dreams, Milano, until 26 February 2012,  www.triennaledesignmuseum.it, To celebrate the 50th Furniture Salone in Milan, the Triennale Design Museum is celebrating a retrospective of Italian design since 1961.  The playful exhibition takes its lead from Alice in Wonderland, taking the visitor through a visual history of the men, the companies and the projects that have made Italy one of the world leaders in the field.  It includes such classics as the Doney TV, the Sacco armchair by Zanotta and the wonderful Olivetti Lettera 22 typewriter.

The Olivetti Shop, Piazza San Marco, Venice,  www.negoziolivetti.it.  Speaking of the Olivetti Lettera 22, one of the small gems of Venice, and Italian design, has been reopened to the public.  In 1958 this small store was opened in Venice, combining the genius of architect Carlo Scarpa, the enlightenment of one of Italy’s most innovative entrepreneurs (Adriano Olivetti’s company was an early leader in business machines and computers) and one of the world’s most beautiful squares (San Marco).  Closed since 1997, the store has been completely restored to its original state, complete with, windows, shelving, and historic machines and an incomparable setting.

The Leaning Tower of Pisa, www.opapisa.it.  After 9 years of restoration Italy’s most famous tower  has been has been completed and the tower re-opened to the public.  To celebrate the “Piaaza under the Moon’ will open access to the tower, the cemetery and cathedral by night, from 8.00 to 11.00pm.  Tickets can be bought online – 15 euro per person.

Santa Maria della Scala, Piazza Duomo, Siena,  www.santamariadellascala.com.  Founded in 898 to serve pilgrims to Rome, for over 1000 years (until 1996) Santa Maria dell Scala in the heart was the main hospital of Siena.  After 10 years of restoration it has been transformed into an amazing museum complex, with endless 14th and 15th century frescoes and display spaces filled with some of the masterpieces of Sienese art, including the Gaia Fountain by Jacopo della Quercia, works by Domenico di Bartolo and Vecchietta and a collection of reliquiaries looted from the imperial chapel in Constantinople in 1204.

The Legend of the True Cross, Basilica di Santa Croce, Florence, until May 31, 2012,  www.santacroceopera.it.  The dazzling scenes of the Legend of the True Cross (frescoes painted by Agnolo Gaddi in the 1380s in Florence) cover the walls of the Cappella Maggiore in Santa Croce in the centre of Florence to a height of 30 metres.  Having recently finished complete restoration, the scaffolding has been left and visitors will be to climb up to seven floors to admire the magnificent cycle from a distance of centimetres.

6th National Festival of Snails in the Kitchen, Cherasco (Piedmonte) 17, 18 and 19 September,  www.comune.cherasco.cn.it .  For something completely different, you could venture to Cherasco, a lovely small town on the edge of the celebrated wine growing region of Le Langhe, south of Turin, which once a year hosts an international festival and conference on Elicicoltura, the science of growing snails.  Visitors can venture into the little-known realm of snail farming and discuss mysteries like their biological growth cycles as well as tasting an infinite variety of recipes, all washed down with a fine bottle of Barolo from one of the nearby vineyards.  September is coming up to grape harvesting and truffle season in Le Langhe and Cherasco provides a great base from which to explore the region.

Weekend in Asolo: ‘the city of a hundred horizons’

Called the ‘city of a hundred horizons’ and ‘the pearl of the Veneto’, Asolo is a charming little town with numerous private villas surrounded by luxuriant gardens and picturesque old streets with miniature arcades and a number of fountains, perched on a cluster of forested hills between the the Alps to the north and the plains of the Po River to the south.  In the late 15th century, the town was presented by Venice to Queen Caterina Cornaro in exchange for her dominions of Cyprus, and she lived in the castle here from 1489 to 1509, creating a literary circle that included some of the most outstanding intellectuals of the age.

Asolo has since enchanted people such as Robert Browning, Henry James, Ernest Hemingway, Igor Stravinski, Arnold Shoenberg and contemporary Italian architect Carlo Scarpa, and provides a perfect base to spend a weekend, or more, in the beautiful and fascinating area north of Venice.

Asolo is 37 kilometres from Treviso, off the A27 autostrada.  The nearest railway station is Bassano del Grappa, which has regular bus connections.

Asolo was a summer retreat for the Venetian nobility and this connection remains with the presence of the prestigious Hotel Villa Cipriani, set in a noble country residence on the edge of town, surrounded by gardens double rooms starting around (from 225 euro a double).  Otherwise, the Albergo al Sole, is a charming 4-star hotel overlooking the main piazza of the town (doubles from 215 euro).  For something more tranquil, the B&B Villa Vega and the B&B Casa Pagano, are peaceful retreats hidden in the green forests around the town (doubles starting from 60 euro).

After checking into your accommodation, have an aperitvo at the historical Caffe Centrale in the main square of Asolo, a lively social centre that has been operating since 1766, and then have dinner in one of the fine local restaurants:  the Antica Osteria Al Bacaro on the main square is the perfect place to enjoy traditional Veneto atmosphere and food, including, of course, baccala alla vicentina, rabbit with herbs or a selection of local cheeses and mushrooms (from 25 euro a head); if you prefer a stroll  the Locanda Baggio (a new name for this famous restaurant formerly called Ca’ Derton) is only 800 metres from the centre and specialises in such local treats as risotto with yellow mushrooms and sopa coada or pigeon soup (from40 euro a head) or the Agriturismo Al Morer, whose cooking is based around their own products including a range of salamis, cheeses, wines, fruit and homemade pasta (from 20 euro a head);

The morning should be dedicated to exploring Asolo, which, for obvious reasons, was defined by the 20th century poet Carducci as the ‘city of a hundred horizons’.  The town is dominated by a 13th century fortress, a 20 walk up from the centre, from which you can enjoy Asolo’s famous panoramic views.  The excellent local museum in a restored 14th century palazzo includes works by Luca Giordano and 19th century sculpture Antonio Canova, as well as rooms dedicated to Caterina Cornaro and Eleanora Duse, the famous actress who brought celebrity and notoriety to the town.  The cathedral has a masterpiece by Lorenzo Lotto.

There is also plenty of good shopping in Asolo, including:  the Ascolana School of Lace Making, which was founded by Robert Browning at the end of the 19th century to provide work for the local youth; La Bot, a ceramics studio founded by a Danish ceramicist in the 1960’s; the Galleria Asolana, which specialises in jewellery and old silver; the Galleria Browning, which specialists in work by local artists; Asolo Arte, for antique books and prints; and finally, a short drive out of town, the textile workshops of Renata Bonfanti, which, in a beautiful setting, produces textiles and carpets based on their own contemporary designs.

If shopping isn’t your thing, there is a beautiful 7 kilometres walk around the foot of the Asolan Hills, marked as the Via Forcella which passes through forests and country side, leaving from the Asolo fortress and arriving at the fortress of Cornuda, passing above one of Palladio’s masterpieces, the Villa Barbaro at Maser (see below).

In the hinterland of Venice, the real joy of a stay in Asolo is exploring the art, architectural and wine treasures within easy striking distance of the town.  The driving itinerary below is 45 kilometres and takes you to some of the masterpieces of Venetian art.

Antonio Canova (1757–1822) has been hailed as the greatest sculptor of the modern age, his patrons included the Habsburg emperors, Napoleon and the Duke of Wellington.  His hometown Possignano is a pleasant 9km drive from Asolo.  His house and workshops are now a museum with models and plaster castes of his works and his nearby grave contains a number of his bronzes.

Taking the road back towards Asolo, you follow the signs to Maser and then to Villa Barbaro, by Antonio Palladio (1508-80) the great Classical architect, whose refined and elegant private palaces and churches graced the country estates of the Venetian nobility.  Villa Barbaro is a rare of examples of one of his works that has continuously maintained its original function as the centre of a farming estate.  It contains six rooms magnificently frescoed by Paolo Veronese.

Lunch can be had at the neighbouring ristorante De Gusto, where you can eat simply on rigorously local cheeses and cold cuts, accompanied by some the fine wine by local producer Villa Maser for around 15 euro.

Your next stop is San Vito di Altivole, 5 kms from Asolo, which has become famous for a work by contemporary Venetian architect Carlo Scarpa in the local cemetery, La Tomba Brion, a family mausoleum built between 1970 and 1978.  The monumental complex of buildings, gardens and pools has become a cult piece among modern architects.  To finish your afternoon with a pleasant walk, it is now time to drive to nearby Villa Elmo, another of Palladio’s great villas.

Along the way, you should also include visits to two of the region’s finest vineyards:  Biondo Jeo at Monfumo and Pat del Colmel at Castelcucco, both open for tastings and sales every day outside meal times.