Vernazza back in business, Cinque Terre, www.savevernazza.com.  On 24 October last year Vernazza, the middle of the five villages of the Cinque ‘Terre, was overwhelmed by a devastating mudslide, three people were killed, the village was evacuated and the Sentiero Azzurro, the famous coastal path, was closed..  Although much remains to be done, a lot of work was done over the winter.  Vernazza reopened for business this month and all but one section of the trail (between Vernazza and Riomaggiore) have reopened (work goes on).

Corsa dei Ceri:  Gubbio, Umbria, 15 May, www.festadeiceri.it.  Once a pagan fertility rite, the spectacular Corsa dei Ceri is one of the most famous festivals in central Italy.  4 metre high, very heavy wooden statues of the town’s three patron saints are raced by brightly coloured teams from the Gubbio’s three quarters up a steep hill to the Basilica di St Ulbaldo – an extraordinary and heart-felt event.

Italotreno, a new private train service in Italy, www.italotreno.it.  With over 50 connections a day between Torino, Milano, Rome, Naples and Salerno and between Rome, Bologna and Venice, the Italotreno high speed service offers a serious challenge to the regular Italian train services.  Not only high speed (travelling at speeds of up to 360 kilometres per hour) the trains offer services more akin to air travel: sleek interiors, smart young personnel, internet connectivity, TV, movies and food designed by fashionable foodery Eatitaly. 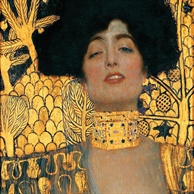 Gustav Klimt in the Sign of Hoffman and the Secession, Museo Correr, Venice to 8 July, www.mostraklimt.it.  One of the stars of the Italian exhibitions for this spring is the major exhibition celebrating the 150th anniversary of the birth of the Austrian artist Gustav Klimt.  Consecrated in 1910 Venice with a personal exhibition in the 9th Biennale, Klimt, one of the pioneers of Modern art, returns to the lagoon with an extraordinary collection of paintings, drawings, furniture, jewellery and documents.  A highlight is the pairing for the first time of the two versions of his most famous work Judith (1901 and 1909).

Luca Signorelli – the Renaissance in Umbria, until 26 August.  Luca Signorelli (1445 to 1523) was one of the greatest masters of the Renaissance.  This exhibition, the first monograph dedicated to the artist since 1953, is spread across three Umbrian cities (Perugia, Citta del Castello and Orvieto) and includes 66 works by Signorelli, culminating in his breathtaking fresco cycle of the Day of Judgement in the cathedral of Orvieto, which had a profound influence on Michelangelo’s treatment of the same theme painted in the Sistine Chapel 60 years later.  Worth a trip to Italy in itself!

Foundation Bevilacqua La Masa, Venice, until February 2013, www.bevilacqualamasa.it.  In February this year there was a changing of the guard: 12 young Italian artists (aged from 18 to 35) moved into the spaces assigned to them on the Giudecca island opposite St Mark’s Square in Venice.  For 12 months they will be free to create their own work, participating in a number of exhibitions and shows which are listed on the website above.  They have been chosen and sponsored by the Bevilacqualamasa Foundation, a program for resident artists that has been operating since 1898 (!).  During the 12 months their works will also be presented in the Galleria di Piazza San Marco in Venice’s main square.

Marina Abramovic: The Abramovic Method, PAC (Contemporary Art Pavilion) Milan, until 10 June, www.theabramovicmethod.it.  For something completely different - the visitors can choose to either be observers or participants of Serbian artist Abramovic’s performance.  Paying one ticket you can observe from a balcony, while paying a second you can actually become part of the interactive installation yourself....

It took a great event like the 2005 America’s Cup prelimaries to breath life back into the magnificent Baroque city of Trapani on the north west coast of Sicily.  It started a process of recovery and restoration that has been ongoing.  A lively city with a mild climate, Trapani is the perfect place for a weekend exploring its art, nightlife, harbour side promenades and interesting surrounds.

When Pluto kidnapped Persephone and carried her down to Hades, her mother Ceres (godess of wheat) desperately Sicily, losing her sickle on the way, the indispensable tool landing softly on the water, creating the slender pensiula on which Trapani developed (or so the story goes).  It is a spectacular setting (running east/west and no wider than 600 metres at its broadest point) the peninsula, only 129 miles from Tunisia, marks the point where the Mediterranean meets the Tyrrhenian Sea.  Behind it rises Monte San Giuliano, on top of which sits the celebrated town of Erice; to the south spread the ancient salt flats and off to the east the Egadi Islands.

Less monumental than Palermo and less frantic than Catania, and with a long history that started with the Phoenicians in the 6th century BC, Trapani has rediscovered its civic pride and extraordinary heritage.  It thrived as an important port under four centuries of Spanish rule and the narrow labyrinth of streets in the heart of the old town are lined with grand palaces and churches that reflect this Baroque influence.  As you head towards the tip of the peninsula, the city changes its face, the impressive public buildings giving way to the sea, the wind and the buzzy life and multicoloured buildings of the old fishermen’s’ village, some of which have been converted into b&bs.

By car:  Trapani is an hour and a half drive from Palermo along the A 29 highway.  Buses run regularly between the two cities.  By air:  Trapani’s airport is a short drive from the city centre and is well connected with direct flights by Ryanair with many Italian and European capitals.

Serisso 47 (Via Seriso 47-49, tel: 0923 26113) is an attractive setting where chef Gaetano Basirico gives a modern twist to traditional Sicilian cuisine.  Caupona Taverna di Sicilia (Piazza Purgatorio 32, tel:  0923 546618) offers the best of Trapanese seafood.  Ai Lumi (Corso Vittorio Emanuele 75, tel:  0923 872418) is a buzzing local trattoria, with tables outside, set in the restored stables of a Baroque palace on the mani drag.

Saturday:  Spend today exploring the town, starting with a snack of arancini (Sicilian rice balls) or cous cous and then exploring the highlights of the centre of the city including the cathedral; the church of Purgatory (with its famous wooden sculptures); the Baroque church of the Jesuits, as well as the magnificent private palaces that line the streets or doing some shopping in the elegant boutiques that line the Corso, including the numerous jewellers who specialise in working the red coral that is found off-shore – Platimiro Fiorenza is the most famous and it is possible to visit his bottega and watch the master work.  You can also visit the Museo Peploi, with its extensive collection of masterpieces of coral art.  Trapani is also well known for its pastry shops, the most famous being the Pasticceria Colicchia.

After lunch overlooking the sea, you can stroll along the waterfront, following ancient Mura di Tramontana, on the northern side of the city – once inaccessible, it has become a symbol of the city’s rebirth.  Paved with stone flagstones, it starts and the famous fish markets and runs for a kilometre to the Conca bastions, passing above a small beach.  After the bastion, there is a brief detour, before you rejoin the sea and continue on to Torre di Ligny, a 17th century fort and the tip of the peninsula.  In the evening you can enjoy an outdoor dinner, soaking up Trapani’s lively night life.

Sunday:  In the morning I’d suggest exploring the famous salt flats on the coast to the south of the city.  Worked since Roman times, they form a magical world with an endless horizon, vast expanses of water mirroring the sky, mountains of salt, scattered with stone windmills, which were once used to pump the water clear and prepare the salt.  One of the mills, dating from the 16th century, has been restored and working once again.  There is also a nature reserve to the south of the flats, under the auspices of WWF.  Organised visits can be organised through Trapani’s tourist office or. Being only 2 kilometres out of the city, you can hire a bike or walk and explore the area on your own.

Late afternoon is the ideal time to visit Erice, the elegant town that sits on top of nearby Monte San Giuliano.  Renown for its pretty lanes and spectacular views, Erice is one of the most celebrated towns in Sicily.  It is possible to drive to the town but the best way is take the funicular which climbs the 800 metres to the top of the mountain.  Erice is also famous for its pastries and the Pasticceria Maria Grammatico is the classic address.  If your tempted to stay for dinner you can enjoy a ‘menu turistico at the Trattoria Ulisse (Via Chiaromonte 45,  tel: 0923 86933).