March 2018: Durer, an apartment in Venice and Vesuvius

Welcome to the Hidden Italy newsletter for March:  Durer in Milan, Northern lights in the Alps, an exquisite apartment in Venice, Russians everywhere and a fabulous weekend in the shadow of Vesuvius.

Able to travel at short notice?  Due to two cancellations we have places available on two of our Spring guided tours:

Exhibitions in Italy in March: 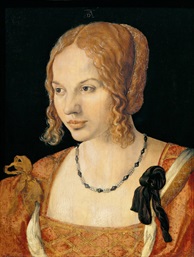 Durer and the Renaissance.  Palazzo Reale, Milano, until 24 June, www.mostradurer.it.  Albrecht Durer was the apex of the Renaissance in Germany: a painter and draughtsman, Durer was also a scientist and mathematician.  The Palazzo Reale in Milan celebrates the great man in an extraordinary exhibition that analyses his relationship with the great Italian artists of this time, from Leonardo da Vinci to Bellini, as well as his German contemporaies.  Over 130 masterpieces, including 70 by Durer.  Worth a trip on its own!

Northern Lights:  Impressionism in Normandy, Forte al Bard, Valle d’Aosta, until 17 June.  Impressionism start in France in the second half of the 1800s.  At the beginning, many of the greatest exponents of this movement were fascinated with the soft, dark light of Normandy.  This exhibition brings together works by Monet, Renoir, Corot and Courbet, among others painted in this gloomy part of northern France.

The Russian Revolution: from Djagliev to Abstraction (1898 – 1922), Palazzo Attems Petzenstein, Gorizia.  One hundred years after the October Revolution, over 100 works coming from some of the most important galleries and museums in Moscow tell the story of another revolution, that of the arts.  The exhibition includes paintings artists such as Kandinskij and Malevic.

Stagioni Russi – Russian Seasons, a series of musical events throughout Italy until 31 December, www.russianseasons.org/en/.  Keeping with the Russian theme, this fabulous music festival will extend throughout 2108, involving over 40 Italian cities with concerts and performances by some of Russia’s greatest companies including the Bolshoij, Aleksandrinskij and Marinskij.  There are also special events planned such as the ‘Russian Spring on Lake Garda’.

High Cuisine in Small Doses.  Mercerie, Via S. Nicola de' Cesarini n. 4/5, Rome, www.facebook.com/Merceriehighstreetfood/.  Having relocated into the premises of an ex-fabric merchant near Largo Argentina, Michelin-starred restauranteur Igles Corelli has found a way to take high cuisine to the streets and the people, offering his deliciously refined dishes in mini-portions (pralines, ‘bottoni’ and lasgagnette) at very reasonable prices, also available as take-aways.

Casa Flora, San Marco, 2313, Venice, www.casafloravenezia.com.  Experience Venice like a local living with friends or family for a while in this large and very beautiful apartment, a short walk from St Mark’s Square.  With three bedrooms (two doubles and a triple) the apartment can comfortably accommodate seven guests and opens onto an internal garden.  The apartment was furnished and finished by local architect Matteo Ghidoni and interior designer Laura Sari.  It is owned and managed by the Romanelli family, who have operated the neighbouring Hotel Flora for three generations.  Homemade breakfast can be served each morning with dinners (and lessons) prepared in situ by a local chef.  The hotel can organise personalised thematic tours of this wonderful city: visiting artisans, wine-trails through Venice historic bars, food and shopping tours.  Casa Flora coast 670 euro per night.

Hidden Italy weekend: In the shadow of Vesuvius.

Naples is always a shock, flaunting beauty and squalor like nowhere else.  Naples is the only city in Europe whose ancient past still lives in its irrepressible people.  With its fertile gulf dominated by a smoking volcano and with the magical islands of Capri and Ischia bobbing on the horizon, Naples has an incomparable setting.

First settled by the Greeks in the 9th century BC, the city and retained its Greek language and traditions even throughout the Roman era, becoming a favoured place where emperors and the wealthy built extraordinary weekenders along the coast.

Surviving the vicissitudes of the Dark and Middle Ages, in 1503, Naples became the Mediterranean capital of Spain’s world empire and the base for the Christian struggles with Islam.  It was a European metropolis matched only by Paris and Istanbul.  As the occupying empire went into crisis at the beginning of the eighteenth century, Naples broke away and became an independent kingdom under a branch of the Bourbon dynasty.

In 1738, fascinated by extraordinary archaeological remains being dug up at Herculaneum on the edge of the city, King Carlo IV built a summer retreat, the Reggia dei Portici, close to the site, on a narrow strip of land squeezed between Mt Vesuvius and the sea.   Wishing to ingratiate themselves with their all-powerful king, the aristocrats of the court followed suit, rushing to build their own summer villas as close as possible, each more extravagant than the other.  This stretch of coastline became known as the ‘Miglio d’Oro’, the Golden Mile.

Although swallowed up by the southern sprawl of Naples, over one hundred and twenty of the villas still survive and, since 1971, have been protected and monitored by the Vesuvian Villas Foundation(www.villevesuviane.net).  Many are in private hands and can only be viewed from outside, but a number of the most important are State owned and opened to the public, including the Reggia dei Portici itself and the grandest of all, the recently restored Villa Campolieto.

With its location by the sea, proximity to the excavations of Herculaneum and the hike up to the peak of Vesuvius and within striking distance of the Amalfi Coast, the ‘Golden Mile’ makes a fabulous destination for a Hidden Italy weekend.

By car:  Ercolano (Herculaneum in Italian) is 11 kms from Naples.  Take the A3 autostrada and then the Ercolano Scavi exit.  By train:  Take the Circumvesuviana trainline south from Naples Centrale and get off at the Miglio d’Oro stop.  By plane:  Naples Capodichino airport is 12 kms away.  Take the Alibus shuttle from the airport to the Naples Centrale.

Hotel Villa Signorini.  This elegant 4-star hotel is set in one of the most impressive villas.  It is surrounded by a beautifully maintained garden that borders with that of the Reggia dei Portici.  It’s luxurious rooms and suites are furnished with period furniture.  Doubles from 69 euro, junior suites from 100 euro per day.

B&B Villa Battista.  A wonderful 19th century villa opposite Villa Campolieto.  I’s rooms are modern and elegant and it has a breakfast terrace that overlooks the Gulf of Naples.  Doubles from 70 euro.

Hotel Herculaneum.  Opposite the entrance to archaeological site, this small and welcoming hotel has 19 rooms, all recently renovated.  Doubles from 40 euro.

Viva Lo Re.  Adjacent to the Villa Campolieto, this restaurant offers and exciting mix of modern and traditional food.  Chef Maurizio Focone presents such treats as timbalo di pasta alla Genovese, gateau of baccala (salted cod), ‘laticauda’ lamb (a local breed from the nearby Apennine mountains) and seafood such as calamari served on a bed of roasted onions.  Excellent wine list.  35 euro per person.

Osteria del Porto.  With its location down on the fishermens’ wharf in nearby Torre Del Greco, the Osteria serves only the freshest seafood – its fried dishes are celebrated.  30 euro per person.

Pizzeria La Parule.  The ‘parule’ are the vegetable gardens that grow in the volcanic soil at the foot of Mt Vesuvius and it is these that supply the seasonal ingredients that go into making the restaurants excellent pizzas (you are in Naples after all).

Check in to your accommodation, have an early dinner and get to bed early, ready for a busy day tomorrow.

Given your strategic advantage over the day-trippers, it is probably best to head straight to the marvellous Archaeological Park of Herculaneum (Via Mare 75, www.ercolano.beniculturali.it) before the crowds arrive (it opens at 08.30) and enjoy exploring this extraordinary site in peace.  Destroyed in the same eruption of Vesuvius in 79 BC as Pompeii, a visit this site can be a more evocative experience than a visit to its more famous cousin as many of the residential buildings were better preserved here and wandering through the ancient houses and shops can be quite an emotional experience.  Complete your visit by stopping at the Virtual Archaeological Museum (Via IV Novembre, www.museomav.it) a fascinating insitution with over seventy three-D reconstructions, virtual books, holograms and synchronised projections that bring the lost world back to life.

After coffee, visit the king’s own villa, the Reggia dei Portici (Via Universita 100, www.centromusa.it).  Today it is the seat of the Faculty of Agriculture of the University of Naples but you are able to visit the ‘piano nobile’, the frescoed Royal Apartments, the Botanical Gardens and (on Sundays) the Royal Chapel.

Saturday afternoon:  Walk the Golden Mile
After lunch, go for a stroll down the Golden Mile, which is actually a bit longer than that these days.  The original road stretched from a milestone near the entrance to the archaeological site to a mile stone in Torre del Greco but expanded in the 19th century.  It is now a three-kilometre walk, starting at the Reggia dei Portici and finishing at the stupendous Villa Campolieto.

The property of the Princes of Campolieto, Villa Campolieto was started in 1755.  Architect Luigi Vanitella (who at the time was working on the king’s enormous country palace, the Reggia di Caserta) was commissioned to build the ‘most noble residence of the Golden Mile’.  It is an enormous complex, with Vesuvius as a backdrop and a magnificent terrace with sweeping views over the gulf.  It was completely restored in 2016.

Ercolano is at the foot of the Mount Vesuvius National Park (www.vesuviopark.it) instituted in 1996.  A visit to the crater is an extraordinary experience.  If you are feeling energetic, take the local bus # 5 from Ercolano Scavi railway station to the end of the line and walk from there.  The marked hike to the crater from here will take around two hours.

Otherwise, a shuttle bus leaves from Ercolano Scalo station and takes you up to a carpark, at an altitude of 1000 mts asl.  From here you climb a twisting trail with wonderful views over the gulf and surrounding countryside, looking down over the ‘valle del inferno’ (the Valley of Hell) with deep signs of the volcano’s last eruption in 1944.

The last section of the walk up to the crater is along a barren reddened path of gravel and rock, well-marked but with nothing on your right to prevent you falling down the smooth side of the mountain.  At the top you’ll find a deep, wide, jagged ashtray of red rocks, emitting the occasional plume of smoke (1281 mts asl)

Sunday afternoon:  Try some of the local produce

The rich volcanic soils of Vesuvius yield some of the region’s finest produce.  The most celebrated is the ‘pomodorino del piennolo’ a small tomato with a sharp point and an intense flavour, with are usually woven together into a bunch.  These and other specialities (such as figs, plums, and apricots) and sold fresh and conserved at the Casa Barone, a ecological farm at Massa di Somma, a small village on the slopes within the National Park, which was almost completely destroyed in the 1944 eruption.

The most famous wine produced on the slopes of Vesuvius is the Lacryma di Christo (the Tears of Christ) an intense, dry white.  This, and other products, can be sampled and bought at the Azienda Vinicola Sannino (Via Semmola 146, Ercolano, www.sanninovini.com/en) which is at the foot of the mountain at the entrance to the National Park.  Vineyard and cellar visits can be booked.