February 2018: Raphael, Ninja and two unknown valleys in the Dolomites

Welcome to the Hidden Italy newsletter for February:  Raphael in Bergamo, Ninja in Torino, the father of archaeology in Rome, two valleys you’ve never heard of in the Dolomites and Pizza everywhere.

We are pleased to announce that the details of the 2019 guided tours have been finalised and are open for booking.  The offering includes tours to Sicily, Sardinia, Puglia and Piedmont in the Spring as well as the Dolomites, Friuli, the Italian Lakes as well as the Trails to Freedom our hike in the Alps around Mt Rosa.  For full details and to book:  http://www.hiddenitaly.com.au/guided-tours

Exhibitions in Italy in February: 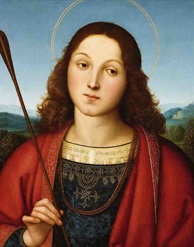 Raphael: Echo of the Myth.  Accademia Carrara, Bergamo, until 6 May, www.raffaellesco.it.  This comprehensive exhibition celebrates the great Umbrian master (1483 – 1520).  It includes twenty of his own works as well as works by artists who influenced him (including Pintoricchio, Signorelli, Perugino and his father Giovanni Santi) as well as artists he influenced, including the Romantic artists of the early 1800s, and 20th century painters such as De Chirico, Vezzoli and Picasso.  Not to be missed!

Ninja and Samurai: Magic and Aesthetics.  Museum of Oriental Art, Via S. Domenico 11, Turin, until 4 March, www.maotorino.it.  How could you resist this?  Over two hundred works coming from private collections never previously seen by the public, as well as works on loan from the Museum of Oriental Art Ca Pesaro in Venice explore the influence of the samurai aesthetic on contemporary popular culture.

Magic Realism: the Enchantment of Italian painting in the 1920s and 1930s, Museum of Modern Art (MART), Trento, until 2 April, www.mart.trento.it.  The precision of the painting and the empty, dream-like qualities of the more than seventy works in this exhibition capture the angst and uncertainty that pervaded Italy between the two World Wars.  It includes works by Casorati, Oppi, Funi and Levi.

Events in Italy in February: 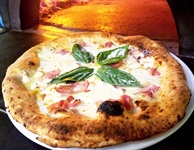 Pizza, UNESCO.  Napoli’s pizza twirling has joined the Mediterranean diet on the UNESCO list of ‘intangible heritage’ in December 2017 after over two million people signed a petition of support.  Surprisingly, the recognition is not for the food itself but for the preparation, a show which includes ‘gestures, songs, facial expressions, local jargon and the capacity to manage the dough’.  To celebrate, events have been planned throughout Italy in 2018 including the World Pizza Championships in Parma (9 – 11 April); ‘Napoli Village’, an outdoor pizza extravaganza along the waterfront in Naples in June; and ‘ChePizza’, a pizza festival in Milan in October.

Winckelmann and the Treasures of Antiquity, Musei Capitolini, Piazza del Campidolgio, Rome, until 22 April, www.museicapitolini.org  The 18th century German professor Johan Joachim Winckelmann is considered the father of archaeology, founding the Capotoline Museum in Rome in 1733, the first public museum in Europe, whose aim was not only to conserve antiquity but also promote ‘the magnificence and splendour of Rome’.  This extraordinary exhibition is being help to commemorate the 300th anniversary of the death of the great man.

Rifugio Capanna Presena, localita Ghiaccaio Presena-Passo del Tonale, www.rifugipassotonale.it.  Only accessible by cable car, this small chalet (2753 mts) sits in an extraordinary setting on the edge of the Presena glacier on the border between the regions of Lombardy and Trentino.  Built out of wood, stone and steel with state-of-the-art mod cons, it is owned by a consortium of twenty-four local ski instructors and opened in December 2016.  It has eight rooms (doubles, triples, quadruples and a dormitory with fourteen beds) all with breath-taking views; a common area with a bar and fire-place, a small restaurant, a terrace with spectacular views and a Finnish sauna.  You can ski onto the glacier from the front door.  Half-board person starts at 58 euro for the dormitory, then 98 euro for the triples to 135 euro in a double room.  Open all year except October.  I want to go now!

Only ten minutes’ drive from the Brenner Pass, the border between Italy and Austria, Vipiteno (population 7,000) is the northern most town in Italy.  Inhabited since ancient times, Vipiteno has always been a meeting point of different Alpine cultures: Celtic, Roman, German, Ladin and Italian.  It is also the meeting place of some of the most beautiful and hidden valleys in the Alps.

Val Ridanna and Val di Racines are two such valleys.  They both start from the mountain peaks on the Austrian border and converge at the little town of Stanghe, only five kilometres west of Vipteno.  As closed valleys, Ridanna and Racines aren’t the kind of places you discover by chance, you have to go looking for them.

Thanks to their favourable position near the Brenner, the valleys catch snow from both the northern side of the mountains and from the southern side.  Blanketed in snow, they have an irresistible charm: spectacular Alpine scenery dotted with mountains huts and timber hamlets.  They are best explored via the extensive cross-country ski trails or by taking long walks or horse rides along well-marked paths of packed snow.

Visiting these valleys is a slow and contemplative experience, a long way from the more famous, and frenetic, slopes of the nearby Dolomites – the perfect place for a Hidden Italy weekend!

By car:  Take the wonderful autostrada A22 that runs beside the Isarco River, connecting Bolzano with Innnsbruck, via the Brenner Pass.  Get off at the Vipiteno exit and take the state highway 44 to Stanghe.  Keep going straight ahead for the Val Ridanna.  Hang a left for the Val di Racines.  By train:  Regular trains leave Verona heading north to the Brenner pass via Bolzano.  Get off at the Vipiteno station and then take a bus to the valleys (www.sii.bz.it).  By air:  the closest airport is Verona Villafranca airport, 228 kms south.

Hotel Plunhoff (Val Ridanna, Obere Gasse 7).  Sitting on the edge of the hamlet of Gasse, this family owned 4-star hotel is surrounded by lawns and woods.  It is the perfect base for long walks and cross-country skiing.  A very comfortable room and half-board is 107 euro per person per day.

Hotel Gassenhof (Val Ridanna, Untere Gasse, 13).  This lovely 4-star hotel has a wellness centre and a celebrated kitchen.  All the rooms are made of timber and local stone with either a terrace or a balcony.  Half-board is 93 euro per person per day.

Gasthaus Gilfenklamm (Stanghe, Via Belprato 2).  This warm and welcoming restaurant serves flavoursome Tirolese cooking.  The star of the menu is the roasted pork shank.  Diiner per person is around 20 euro.

Knappestube (Val Ridana, locality Masseria).  The ‘stube’ is built against the walls of the old Monteneve silver mine.  The chef, Cristian Rainer, specialises in seasonal cooking using the freshest local produce.  Specialities include the ‘miner’s’ tortiglioni and the classic Tirolean canderli (bread and speck dumplings).

Ungererhofschenke (locality Casalupa, Val Giovo 6).  This restaurant is set in an historic maso (farmhouse) with spectacular views overlooking the valley.  It specialises in traditional cooking using the finest local ingredients.

Check into your hotel and, enjoy an aperitivo and then dinner before getting an early night, ready for tomorrow’s efforts.

Walking in the snow:

Both the valleys are perfect for discovering on foot following a network of trails formed by compacted snow.  A good pair of boots will do, snow-shoes are not necessary.

The entrance into the Val Ridanna is guarded by the impressive Mareta Castle (Wolfsthurn in German), a massive structure with three hundred and sixty-five windows, fifty-two doors and twelve chimneys.  The valley spreads out gently behind this sentry.  The classic walk starts from Masseria (1400 mts) a small hamlet on the valley floor and climbs up to the Stadl Malga (1626 mts), lovely restored mountain hut.  The walk takes from 45 to 60 minutes and involves a 200 mts climb, following the well-marked 28 trail.  After a delicious lunch you can take a sled back down the hill (they can be hired for 2 euro).

A slightly longer walk starts from Gasse (1360 mts) and arrives at another ‘malga’, Malga Wurzer (1822 mts).  The trail is marked for ‘Marieter Stein’ and then ‘Wurzeralmen’, following a narrow road that winds up through a forest.  It involves a 500 mt climb and takes between 1.5 and 2 hours.  It’s possible to have lunch at the malga and then return down to the valley floor.

The Val di Racines has steeper sides than the Val Ridanna and more forests and high pastures.  A narrow road weave along the valley floor connecting a string of hamlets and farmhouses.  This provides an easy walk the length of the valley from Giove Bridge (1149 mts) to Vallentina (1482 tms) or vice versa.  It is 6 kms long and takes from 1.5 to 2 hours.

An easy walk is taking the cable car up to Malga Rinner (1850 mts) and then walking along the ridge to Malga Calice (1840 mts).  It takes 30 minutes each way and offers spectacular views down over valleys.

With its wide gentle slopes, the Val Ridanna offers an extensive network of cross-country runs.  A series of loop routes from 3 to 20 kms set out between Gasse and Masseria, ranging from easy to difficult.  The most panoramic is the Platschjoch cross-country run in the Val di Racines.  It starts from the Malga Rinner and extends for 16 kms over the ridges of the mountains.

With a number of state-of-the-art ski-lifts and a sunny northerly aspect, the Val di Racines is a skiers paradise (www.racines-giovo.it).  A cable-car leaves from Racines di Dentro taking you up to the Malga Rinner, around which there is 25 kms of easy to medium ski runs, served by six chair lifts.  There is also a 5 km sled run that sets out from the cable car station.

Rebuilt after a disastrous fire in 1443, Vipiteno (Sterzing in German) is a fine example of late Gothic town planning and architecture.  Given its strategic position, it became a prosperous trading town, particularly in the 15th and 16th centuries and is well worth a visit.  In the 1200s, prospectors discovered zinc, lead and silver in the mountains, which brought more wealth into the town.

The Tower of the Twelve divides the ‘old town’ in north from the ‘new town’ in the south, which was built after the 1443 fires.  The pedestrian main street of the ‘new town’, Nuestadt, is lined by deep arcades and bay windows that were once the homes and warehouses of the prosperous traders of the town but now buzzes with shops, cafes and restaurants.  The townhall is a jewel of late Gothic architecture, its halls are lined with timber and frescoes, and is considered one of the finest of this region.

The ‘old town’ also holds some treasures including the church of the Holy Spirit, built in 1399, which conserves a celebrated fresco cycle of the life of Jesus by Hans da Brunico as well as the parish church Our Lady of the Swamps, which was built by papal decree in 1233 on top of a Roman cemetery.

There is also some very fine dining in Vipiteno.  Vinzenz (Neustadt 4) is an elegant ‘enoteca’, serves an excellent selection of local wines.  It also has a restaurant with a limited selection of dishes based fresh produce of the quality, which changes every day.  The Michelin-starred Kleine Flamme (Neustadt 31) has a more adventurous approach combining Thai, Japanese and French influences.