Summer 2012: a weekend in Maratea, Italy's most beautiful coast? 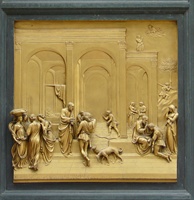 The Gates of Paradise, Museo dell’Opera del Duomo, Florence, from 8 September, www.operaduomo.fi.it.  Michelangelo himself said that the bronze and gold doors of the baptistery of Florence cathedral (created by Lorenzo Ghiberti between 1426 and 1452) wer worthyt enough to be the gates to Heaven.  Severely damaged in the flood of 1966, they have 27 years to restore (!) but they are now ready and will be on display from 8 September.

Palio di Siena, Siena, 16 August, www.ilpalio.org.  The Palio, a wild bare-back horse race around the concave edges of Il Campo, the central square of Siena, is one of the great spectacles of Italy.  It is a race for honour (not money) between the different quarters of the city and is extremely heartfelt.  It is possible to view the race by squeezing into the centre of the square (not for the faint-hearted) or by securing tickets to one of the buildings that surround – details at the website above.  A once in a life time experience, good luck!

Bat Night, Riva di Garda, 25 August, www.gardatrentino.it/en/The-european-bat-night-2012-Riva-del-Garda/.  For something a little different…. celebrate the International Year of the Bat, with a guided night tour to the famous bat colonies on Monte Brione above the shores of Lake Garda on the evening of 25th August.  Bookings and appropriate clothing are essential.  Details at the website above.

Fish Market II, Vicolo della Luce, 2, Trastevere, Rome, ph: 347 009 5009.  The hip Fish Market I, which combines high quality produce, fast service and reasonable prices with a relaxed retro atmosphere, is confirming its success by opening a second restaurant in the bohemia Trastevere area of central Rome.  Choose your fish from the display windows, grab a glass of wine and a table outside, and enjoy the best of Rome: www.facebook.com/FishMarketTrastevere. 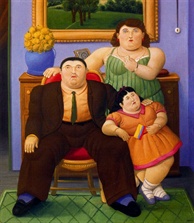 Ferdinando Botero, Draughtsman and Sculptor, Pietrasanta, Tuscany, until 12 September, www.partart.net/events/botero-inedito-a-pietrasanta-mostra-esposizione. Botero’s giant rollypolly figures grace many an Italian piazza.  To celebrate the Colobian sculptor’s 80th birthday the lovely marble town of Pietrasanta (just down the coast in Tuscany from the marble quarries of Carrara) is holding an exhibition of drawings, paintings and sculptures in private galleries and public spaces throughout the town.  It’s free and open to the public.

The Venice Architecture Biennale, Venice, from 29 August to 25 November, www.labiennnale.it.  English architect David Chipperfield is the curator of the 13th edition of the Venice Architecture Biennale, with 54 countries participating with individual pavilions.  ‘That which we have in common’ is the theme an affirmation of shared values and tradition: a response to the recent tyranny of ‘archi-stars’?  One of the best things is being able to visit marvellous spaces in the Arsenal and Giardini normally closed to the public.

Carlo Scarpa, Glass Rooms, San Giorgio Maggiore Islland, Venice, 29 August to 29 Novembre, www.lestanzedelvetro.it.  Running parallel to the Biennale is an unusual exhibition of one of Venice’s favourite sons Carol Scarpa.  Early in his carrier, architect Scarpa worked for Venetian glass makers Venini.  This exhibition diplays over 300 of his pieces from this period.

Summer Pop Otranto, Aragonese Castle, Otranto, Puglia, until 30 September.  The beautiful old port town of Otranto in southern Pugia is hosting a retrospective of the works of Andy Warhol including such iconic works as the Campbell’s Soup can; portraits of Marilyn and images of the Electric Chair.

Recently voted as having one of the 13 best beaches in Italy, Maratea is a small elegant port of five thousand people sitting at the tip of a strip of land that separates the southern regions of Campania and Calabria. Perched 300 metres above the Mediterranean, it is surrounded by forests and mountains and is the ’capital’ of what some people say is the most beautiful stretch of coastline in Italy. It is a vibrant and well preserved town with a long history (its little museum contains more than 50 anchors from ancient Roman and Greek ships that wrecked along its rocky coast) that comes alive in July and August. Well off the traditional tourist trail, Maratea is the perfect place to enjoy a truly Italian summer holiday.

Maratea is not easy to get to, which is probably why it is so well maintained and exclusive – its one of those places you have to aim for rather than simply drop in to on the way to somewhere else. Towards the bottom of the western coast of the peninsula, its is on the Autostrada del Sole (the A1) about halfway between Naples and Reggio Calabria or 3 hours and 45 minutes on the Eurostar train from Rome (which stops at Maratea’s little station during the summer months).

There is only one place to stay in Maratea – the 5 star Hotel Santandrea which was built in the 1950s by Count Rivetti di Biella (a textile magnate from Turin). The count chose the location very carefully, surrounding the hotel with nine hectares of parklands which have striking views over the mountain ranges behind and over the blue Mediterranean in front, on a clear being able to see the conical forms of the volcanic Aeolian islands on the horizon. The Santandrea has a long literary tradition and is the only luxury hotel between Amalfi and Taormina. There is a range of other hotels in the area, from a 4-star hotel in an ancient monastery in Maratea to a number of very comfortable B&B’s (www.mondomaratea.it).

Enjoy the vibrant life of this little town. Piazza Buraglia is the heart of the old town, a vibrant square circled by cafes packed with locals and visitors. The town’s best shops are here, including Brando, a local textile manufacturer that has been producing fine cloth since 1888. The young at heart seem to prefer the picturesque fishing port, with views over the boats and music and ‘spectacolini’ in the square in front of the Antica Café del Porto. For the last couple of years Maratea has also hosted an interesting cultural festival during August, with exhibitions, installations and concerts.

But the real reason for coming to Maratea is the beaches, thirty two kilometres of pretty much uncontaminated beaches, bays and pebbly coves, which start in the north at Acquafredda, descending south past the more severe rocky coastline around Cersula to Fiumicello, a long sandy beach popular with families, and then on to the more fashionable spots at Filocajo, Jannita and Illicini, before finishing at the most alluring of all: la Secca da Castrocucci, a small island linked by a sandy isthmus.

The Appenine Mountain range rises steeply behind Maratea (the Sirino ski resort is only 20 kilometres as the crow flies) and offers a green refuge from the beach life. The Massa Valley (500 metres above sea level) is famous for its produce and in August has two sagre (or local food festivals) to celebrate its homegrown mozzarella and tomatoes. There are also three national parks within an hours drive of Maratea, including the Pollini National Park in the mountains behind and the beautiful Cilento National Park to north – both ideal for walking.

There are three classic address for dining in Maratea: the Locanda delle Donne Monache (0973 877797) set in an ancient monastery in the centre of the old town; sitting eating seafood on the terrace of the Trattoria Za Mariuccia (0973 876163) overlooking the fishing boats in the port; and, to experience traditional cooking at its best, the Giardino di Epicurio in the Massa Valley (0973 870130).