May 2017: Leonardo, Venice, Picasso and a weekend on the French border

Welcome to the Hidden Italy May newsletter:  Leonardo, Venice Biennale, Picasso in Pompeii, four-legged fashion and a weekend on the French border.

We have just squeaked in the newsletter for May!  I’m writing this in a lovely hotel room overlooking the Costa Smeralda in northern Sardinia.  Our guided tours this May (in Sicily, Puglia, Sardinia, Tuscany and Piedmont) have been blessed with perfect spring weather.

I have spent time before and after the tours exploring new self-guided itineraries in the Gargano (a peninsula in northern Puglia that is covered by forest and surrounded by rocky coastline and small fishing towns) and in Abruzzo (following a trail that crosses the Maella National Park, starting in Sulmona to the east of Rome and finish at Chieti, on the Adriatic Coast.  We should have these two ready to go for next year. 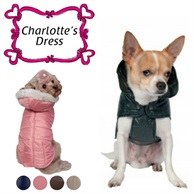 Charlotte’s Dress, Via Dania 8, 15079 Ovada, Alessandria (Piedmont); www.facebook.com/CharlottesDressOfficial/.  With the huge success of the Spring collection, Italy’s newest fashion stars are already preparing their autumn and winter shows, not for Milano Moda or Pitti Uomo but for our four-legged friends.  Using only the highest quality materials (Charlotte’s Dress is the business in its sector to be certified by Swarovski) has an international following (Paris Hilton, of course, is a client).  A poodle trench coat starts at around 140 euro, while a new tracksuit costs between 80 and 100 euro.


Adoration of the Three Wise Men, Leonardo da Vinci, Uffizi Gallery, Florence, til 24 Sept, www.uffizi.it.  In 1481, Leonardo left Florence for the court of Milan, leaving behind this unfinished commission, which was neglected for centuries.  Thought to have been an impossible task, five years of restoration have brought Leonard’s unfinished masterpiece back to life.  The fascinating piece reveals the master’s methods of working.

Museo Delta Antico, Comacchio (Ferrara), www.museodeltaantico.it.  The delta of the Po River, between Venice and Ravenna, is a beguiling landscape of wetlands and big skies, home to the largest bird sanctuary in Europe.  In times past, it was also an important point of trade and exchange, a bridge between continental Europe and the Mediterranean.  This new museum celebrates the delta’s rich past, including over 2,000 archaeological pieces such as the contents of a Roman ship sunk in the first century BC, a good excuse to visit this fascinating area, ‘the Camargue of Italy’. 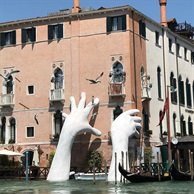 Viva Arte Viva, Venice Biennale, Venice, til 26 November, www.labiennale.it.  French curator Christine Macel has promised to take this juggernaut back to its roots, celebrating art for art’s sake and the people who make it – of the 120 artists involves, 103 are exhibiting here for the first time.  87 countries have sponsored pavilions throughout the Giardini and Arsenale districts as well as events, performances and exhibitions in palaces, museums and churches through the watery city.

Picasso and Naples:  Parade.  Museum of Capodimonte and the Antiquarium of Pompeii, til 10 July, www.museocapodimonte.beniculturali.it.  A hundred years ago, in the summer of 1917, Pablo Picasso and his friend Jean Cocteau, visited Naples and Pompeii.  This exhibitions celebrates the event exploring the influence of Pomeii and the cultural life of Naples of the master.

The View from the Other Side, Palazzo delle Albere, Trento; til 16 July, www.latroversante.com.  Three of Italy’s finest photographers (Bruno D’Amicis, Maurizio Biancarelli and Luciano Guadenzio) and documentary-maker Marco Rossitti, have put together this wonderful exhibition capturing the mountains of Italy from ‘the other side).

Hidden Italy weekend: a weekend in the Finalborgo, beauty without borders.

Guarded by two castles that look out towards the French border, Finalborgo sits high above the Ligurian Coast like a silent sentinel, its natural beauty and rich heritage hidden behind its still perfectly preserved 15th century defensive walls.  Finalborgo was first recorded in 1213.  It was the seat of the powerful Del Carretto marquis, before thriving under two hundred years of Spanish rule, then falling into the hands of the Austrians, the Genovese and finally the Savoy of Turin.  Each left their mark.

Entering through one of the five gates like Porta Testa or Porta Reale, decorated by religious frescoes and heraldic arms, you find yourself in a town that, while maintaining its original medieval plan, has been transformed by successive rulers and eras: the Del Carretto were responsible for the artistic splendour of the Collegiata di San Biago and the Domenican convent of St Caterina; the Spanish for the Baroque palaces that line the central streets and the massive Castello di San Giovanni that guards the town; while the Austrians built La Strada Beretta, a road that connects the Ligurian coast with Milano and northern Europe.

La Strada Beretta also takes you up into the mountains above the town to the high plains of Manie and the Pora Valley, a solitary region characterised by thick vegetation, spectacular sea views, and precipitous cliffs, crossed by a network of marked trails.  In the good seasons, the tourists and locals who animate the town are joined by hikers, mountain-bikers and gang gliders, which explains the proliferation of specialist outshops in amongst the locally artisan shops (glass, ceramics and jewellery) for which Finalborgo is well-known.

With the French border and the Cote d’Azzure only a short drive away and an antiques fair in the town’s main square the first Sunday of every month, there are many reasons to make a detour to this enchanting town.

By car:  Take the A5 from Genova in the direction of Ventimiglia, taking the Finalborgo exit.  By train:  Tke the Genova – Ventimiglia line, getting off at Finale Ligure.  By bus:  Take Bus 40 from the station square in Savona.  By air:  The nearest airport if Genova Cristoforo Colombo, 65 kms away.

Alle Vecchie Mura (Via delle Mura 1, Finalborgo).  Just outside the town walls but with a view of the bell-tower of San Biago, this simple but recently restored hotel is an ideal base to visit the town and explore the hinterland.  Double from 80 euro per night.

San Pietro Palace (Finale Marina, Via San Pietro 9).  Dating from the beginning of the 1900s, this comfortable 4-star hotel has a magnificent position on the sea front below Finalborgo.  It was completely restored in 2012.  Doubles from 140 euro per night.

Il Focolare (Locality Monticello 6).  A welcoming b&b that sits on the hill overlooking Finalborgo.  It is surrounded by forest and is close the climbing sites and mountain-bike trails.

Ai Torchi (Via dell’Annunziata 12, Finalborgo).  A classic restaurant to try the best of Ligurian seafood set in an old olive mill.  There is also the relaxed bistrot A Torchietti.  Dinner from 40 euro per person.

La Locanda di Lo’ (Piazza Santa Caterina 13. Finalborgo).  Excellent produce and a menu that includes both seafood and meat characterise this restaurant, with specialities such as seafood spaghetti and fillet with toasted pistacchios.

Osteria del Castel Gavone (Perti Alta, Piazza Martiri di Perti 8).  Set in a restored stone house in the froests above Finalborgo, this atmospheric restaurant specialises in traditional dishes such as tagliolini made from chestnut flour, served with fresh pesto.

Check into your hotel, join the locals for in the passeggiata, an aperitivo and an early dinners.

Explore the historical heritage of the town, starting with the Archaeological Museum of Finale.  The surrounding mountains are rich with prehistoric sites.  This modern museum presents an impressive collection from prehistory to the Medieval era.  Next stop is the magnificent Collegaita di San Biagio with its paintings, frescooes and two marble masterpieces: the sumptuous pulpit and the balustrade with four angels supporting the altar – both waorks commission by the Del Carretto family.

After a long lunch in the square its time to hit the artisan shops, which have united under the brand ‘Handmade in Finalborgo’, including the glass work in the bottega of Rosa Mammola; Lo Stegone, ‘primitive’ jewellery made from stone and metals; the naïve ceramic figures of Cose del Alrtomondo; reinvented macramé woven with stone and shells; and Arti..Ficio and clothes shop who offer a line of fashion made from textiles produced from recycled plastic bottles.  Finish your tour with a visit to Gra Sculture, an orchard-garden, scattered by sculptures created by Graziosa Bertagnin and Alberto Frediani, some for sale.

Hiking in the mountains:

Take the ‘Anello di Finalborgo’ a beautiful three hour loop walk in to the mountains to enjoy the magnificent views from the village of Perti.  Start along Via Nicotera to then climb up the picturesque Strada Beretta, pasing through the Porta of the Half-moon, skirting around Castel San Giovanni (not visitable) until you arrive at the ruins of Castello Gavone (destroyed by the Genovese) from where you can enjoy a spectacular view across the Ligurian coast.  From here you take a trial up to the village of Perti, where you can back for lunch.  The walk continues down into the Valle del’Aquila (the valley of the eagle).  From here you can retrace your steps back to Finalborgo or follow the asphalt road back down.

Every Sunday in summer, the Archaeological Museum of Finalborgo takes a range of guided day walk into the mountains to visit some of the important historical sites including to a medieval hermitage; an exploration of the Napoleonic road the crosses the mountains and to a number of Neolithic and Bronze Age sites.  Bookings made through the museum, a cut lunch is included (some English is spoken!).

Finale offers some of the best hang-gliding in Liguria.  When the winds are favourable the best take off point is from Manie, the high plains above Finalborgo.  You fly along the coast between Mt Caprazoppa and Cape Noli, landing on the beach at Finale Marina or Varigotti (although you can only land here from the end of September until the end of April, ie not during summer when the beaches are crowded with bathers).  There a number of businesses operating out of Finalborgo including Ligurian Adventure and Finale Volo Ligure.  A tandem flight can take between 15 and 30 minutes, depending on the weather conditions.