April 2017: Cammino of St Francis, Mantova and a weekend in Puglia

Welcome to the Hidden Italy April newsletter:  Cammino of St Francis, Michelin-starred food in Rome airport; transcendent art in Mantova and a weekend in the wilds of southern Puglia.

Our big project for 2017 has been establishing the Cammino of St Francis, a 258 kilometre self-guided walk that starts from the steps of the Basilica of St Francis in Assisi and finishes 19 days later on the steps of St Peters in the heart of Rome.  It follows the route St Francis and his bare-footed posse took to confront the not-so-innocent Pope Innocent III in 1210.  It uses well-marked trails and can be broken up into three one week walks.  Not just a long-distance pilgrim walk, the Cammino takes you through ‘green heart of Italy’ and some of the most beautiful country in central Italy.  In the spirit of the pilgrimage, we have kept things comfortable but simple and kept prices down.  For full details:  www.hiddenitaly.com.au/self-guided-walks/ 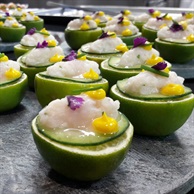 Ristorante Attimi, Fiumicino airport, Rome, www.heinzbeck.com, www.adr.it.  There is now one more reason to get to the airport early: Michelin-starred chef Heinz Beck has opened a new restaurant in the departure lounge of Terminal 3 (intercontinental flights).  Depending on how much time you have, you can order the 30 minute, 45 minute or 60 minute menus.  For those running really late, there is also a take-on-board option, guaranteed to make your fellow travellers green with envy.

Moses, Michelangelo, San Pietro in Vincoli, Rome, www.060608.it.  After an extensive restoration, Michelangelo’s powerful masterpiece is back on public view, returned to its original site in a side chapel in the basilica of St Peters in Chains.  The meticulous cleaning unlocked one of the Michelangelo’s tricks, microscopic burnishing (matt in the shadows, a sharper polish for the sunlight) made by the master catch the natural light in the chapel, subtly enhancing the three-dimensionality of work.

Stolpersteine, Corso Magenta 55, Milano, www.comune.milano.it.  The first of six bronze plaques commemorating individual Jewish victims of Nazi terror in Milan, was placed in front of the former home of Alberto Segre, who died in Auschwitz in 1944.  The project is of German artist Gunter Demnig, who has installed over fifty six thousand plaques throughout Europe since 1993.

Giorgio Morandi and Tacita Dean, Palazzo Te, Mantova, until 4 June, www.centropalazzote.it.  The transcendent still life paintings of Girogio Morandi (1890 to 1964) represent some of the finest of Italian art in the 20th century.  This wonderful exhibition contrasts two films (Day for Night and Still Life) shot in Morandi’s studio by Tacita Dean with over fifty works by the master: paintings, drawing and water colours, another good excuse to visit marvellous town of Mantova

Art Deco – the Roaring Twenties in Italy, San Domenico Museum, Forli, until June 18, www.mostrefondazioneforli.it.  Between the end of World War I and the economic crash in 1929, Art Deco style swept through Europe, contaminating all the creative arts.  In Italy the movement had a huge impact on the decorative arts such as furnishings, textiles, jewellery and clothes.  This comprehensive exhibition has twenty three separate sections, with over two hundred and fifty pieces on display, a celebration of the birth of Italy design and the ‘Made in Italy’ brand.

Treasures from the Wreck of the Unbelievable, Palazzo Grassi and the Punta della DoganaVenice, until 3 December, www.palazzograssi.it.  The first personal exhibition of English artist Damien Hirst in Italy, this major exhibition took over ten years in the planning, a collaboration between Hirst and the Pinault Foundation which unites two of Venice’s major exhibition spaces.

Deal of the month:

The Belvedere Farmhouse (www.belvederefarmhouse.com) is the ultimate Tuscan home from home. Located to the south-west of Florence in rolling countryside, this rural retreat was a farm until the 1950s. It sleeps up to 20 guests in luxury bedrooms that are all different, but equally beautifully decorated with antique furniture, quirky objets d’art and cotton and silk beddings.  The views are spectacular, and best enjoyed from one of Belvedere’s two sun terraces. The pool in the olive grove typifies the attention to detail: the towels are monogrammed and the sun loungers liberally supplied to help guests make the most of sun or shade.  We’ve known the family for many years and they are happy to offer 15% off any booking made in the next three months (to be used by the end of 2018) if you mention Hidden Italy walking tours.

Hidden Italy weekend: a weekend in the Salento, on the tip of the ‘heel’ of Italy.

A bridge between Italy and the East, Puglia is pure southern Italy: vibrant cities and ports, scattered over undulating prairies bordered by two seas, the Adriatic to the east and the Ionian to the south and west.  The Salento is the southern-most point of the region, the tip of the ‘heel’ of Italy.  It’s an austere stony district, surrounded by a low coastline with rocky bays (perfect for smugglers and raiding parties) and white sandy beaches (perfect for holiday-makers).  On a clear day on the coast, you can see the mountains of Albania across the Adriatic and on a really clear day you can even see the peaks of Corfu to the south.

With its strategic position, the Salento has been washed by waves of history: the two largest towns (Gallipoli and Otranto) were founded by the ancient Spartans; during the Dark Ages, it was an important part the Byzantine empire for six hundred years (a handful of villages in the interior still speak ‘Griko’, an ancient form of Greek); the Normans ruled here for two hundred years in the Middle Ages, launching Crusades from the Salento ports, before the Spanish arrived in 1444 and stayed for the next four hundred years.

There is much to see and do it the Salento and the sleepy little town of Presicce, with its elegant Baroque palaces, hidden gardens, network of lanes and alleys and its proximity to the Adriatic coast (15 kms drive to the east) and Ionian coast (10 kms drive to the west), is a perfect base.

By car:  You will need to have your own car to explore the Salento.  All the major car hire companies have offices in Lecce, the beautiful ‘capital’ of the Salento (a Baroque gem that is known as the Florence of the South), which is 150 kms south of Bari.  Presicce is 50 kms south of Lecce.  By train:  Lecce is the largest station (link with direct trains from Rome) and from here you can take a regional train to Presicce.  By air:  The nearest airport is Brindisi (85 kms north) and then Bari (200 kms north).

B&B Giardino degli Angeli (Via Degli Angeli, Presicce).  This b&b is in a completely renovated 18th tobacco factory on the edge of the historical centre.  Double from 90 euro per night.

Hotel Villa Giulia (Provincale Presicce – Alessano).  This beautiful 4-star hotel is old estate is in the country a short drive from Presicce, surrounded by Italianate gardens and parklands.  Double half-board from 100 euro per person.

Ristorante Mascapati (Viale Stazione 54b), Presicce).  Specialising in seafood, the restaurant presents local dishes such as tagliatelle with snapper ragu and John Dory with basil, tomatoes and shrimp.  The Sunday menu includes antipasti, a tasting of three first courses and wine for 25 euro per person.

Agriturismo Gli Ulivi (Marina Serra, Contrada Palane).  Set in the country near the Ionian coast a short drive from Presicce, this agriturismo proposes delicious dishes based on their own organically grown produce.

Check into your hotel and join the passeggiata down Corso Italia and enjoy an early dinner.

Get an early start and drive sixteen kilometres west to the port of Tricase Porto for a morning exloping the Adriatic coastline (on way you can visit a centuries-old oak forest which gave refuge to Frederick II and his knights in the Middle Ages).  Go out for a sail on traditional lateen sailing boat (a timber-hulled boat that uses a single triangular sail, a style of construction that dates from Roman times).  A morning outing with lunch costs around 50 euro per person (bookings at the Associazione Magna Grecia Mare, tel: 333 894 6139).

At Tricase Porto you can also visit the maritime museum (Porto Vecchio) which has thirteen historical sailing boats moored at the port as well as visit the ceramic workshop of Agostino Branca (Via Tempio 32).  If you don’t want to sail you can do a bit of shopping and have an exquisite lunch of fresh fish at Ittiturismo Anime Sante (caught each morning by the owner Rocco Cazzato on his boat Anime Sante).

Head back to Presicce to explore this fascinating small town.  Presicce was an opulent town in its day as the centre of extensive olive grove estates during the Spanish period and was the home for a number of rich, noble Spanish families.  There is much to see, starting with the imposing Baroque church of Santa Maria degli Angeli.  From here you can walk down Via Michele Arditi, lined with noble Baroque palazzi, including Palazzo Arditi, Palazzo Rollo and Palazzo Villani.

Before the modern era, olive oil was an essential export commodity used for lighting and heating.  The vast estates that surrounded the town processed the olives and stored the oil in enormous caverns excavated into the limestone under the town.  Several of these extensive caves systems are still visitable, including the Frantoio Geurriri Seracca, which is under the main square (for visits: Associazione Creativity, tel: 320 098 5632).

Afterward a busy day, you can lose yourself exploring the twisting lanes and courtyards of the Padreterno and Soronzi quarters before having an aperitivo and dinner in the main square.

Corsano is another small town fourteen kilometres south east of Presicce, where, on the nearby coast, you will find signs for a rocky but very interesting walk of several kilometres along the coastline.  Known as the Via del Sale, along the way you will find shallow ponds excavated by the local farmers to produce salt, which they sold as contraband (salt was a State monopoly until well-after the Second World War).  There are a number of other signed walks on the coast, with information available at the Centro Educazione Ambientale, situated in the Torre Specchia Grande, a restored 15th century lookout tower (tel:  0833 531807 or gaia@leviedelsale.it).  There are also cycle trails and bikes can be hired at the Centro for 10 euro a day.

There are many pretty towns scattered through the Salento.  One of the most interesting is Specchia, seven kms north of Presicce through centuries old olive groves.  Specchia has its own underground olive presses as well an important ex-convent of the Black Friars as well as a network of twisting lanes and alleys, however, the most compelling reason to visit on Sunday afternoon are the town’s famous pastry shops:  Lombardo is renowned for its mustazzoli, a local speciality based on minced nuts and cinnamon; Le Mille Voglie is well-known for its pastries with fruit; while Martinucci is celebrated for its artisan gelato.

Head south from Specchia to witness one of the most famous natural sights in Italy, the sunset over the Cape of Santa Maria de Leuca, the point where the Adriatic Sea meets the Ionian Sea.  The best lookout point to enjoy the spectacle is from the basicila/fortress of Santa Maria de Finibus Terrae.  You can also view the sunset from the sea by walking down a long flight of staris to the port, Marina di Leuca, where local fisherman can take you along the coast to also visit the Grotto of Love and the Grotto of the Devil (Alberto Amico, tel:  335 219119).