With so many things going on, we have decided to send out our newsletter on a monthly basis, rather than quarterly.  If this will annoy you, please click on the unsubscribe bottom and the bottom of the page!  Otherwise, we hope you’ll enjoy a little taste of Italy each month.

In the June issue:  a new Hidden Italy loyalty program; our Puglia cooking book winners; Michelangelo’s last sculpture reopened to the public; and a fabulous weekend exploring the garden islands in the Venice lagoon.

We at Hidden Italy pride ourselves on the quality of our tours and we greatly appreciate repeat business and word-of-mouth recommendations.  To recognise this, and to help celebrate our 21st year in business, we have introduced a new loyalty program:  we will be offering a 5% discount to all repeat customers for our 2016 guided tours (including people who have already made bookings for 2016).  If this applies to you please let your travel agent know when making your booking.  Please note that this doesn’t apply to self-guided tours or to anyone who has benefitted from the 5% discount for groups of 4 or more. 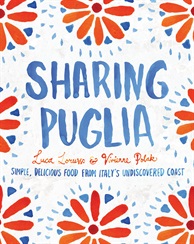 We are very pleased to announce the three winners of the great Hidden Italy Puglia cookbook giveaway - thank you very much to everyone who contributed!  Unfortunately, there can only be three winners so congratulations to Isabelle Tremblay, Peter Baker and Margaret Knight-Gregson for their charming answers (and thanks to Chloe of Pepr PR for judging the entries).

Copies of the fabulous book will be on their way to you this week, a celebration of one of the finest regional cuisines in Italy:  Sharing Puglia by Luca Lorusso and Vivienne Polak, published by Hardie Grant Books RRP $49.95. www.sharingpuglia.com.

58th Spoleto Festival of Two Worlds, Spoleto, 26 June to 12 July (www.festivaldispoleto.com).  The 58th edition of the Festival of 2 Worlds, held annually in the lovely Umbrian town of Spoleto,  will be inaugurated with a new production of Mozart’s Così Fan Tutte based on the libretto written by Lorenzo Da Ponte.  For the final concert, Jeffrey Tate, amongst the most renowned and versatile British conductors of his generation, will be conducting the Italian Youth Orchestra of the Fiesole Music School, with music by Franz Schubert and Johannes Brahms.  The dance section will open with Sara Baras, amongst the most celebrated and versatile stars of Spanish flamenco.

The Egyptian Museum, via Accademia delle Scienze, 6, Turin (www.museoegizio.it).  Strangely, Turin has always had strong links with Egypt, the city even once claimed ot have been founded by ancient Egyptians!  The Savoy, the Dukes of Turin, spent centuries collecting Egyptian antiquites and have left one of the most important collections in the world (second only to Cairo).  Over the last 5 years, the museum, in the heart of Turin has been completely restructured and restored at a cost of over 50 million euro.  Now with 10,000 square metres to display over 3,500 pieces, the new museum will be driven by research and is worth a trip in itself (any excuse is good enough to visit this marvellous city).

Pompeii and Europe, National Archaeological Museum and Pompeii, until 2 November Naples (www.mostrapompeiieuropa.it).  Over 300 ancient pieces and modern masterpieces tell the story of the power of the discoveries of Pompeii over the European imagination, from the site’s discovery in 1748 to its bombardment in 1943 in the Second World War.  The two exhibitions (Pompeii and Naples) include works by Ingres, De Chirico and Picasso.

Michelangelo, Pieta Rondanini, Castello Sforzesco, Milan (www.milanocastello.it).  After 70 years of being hidden in a dark corner Sforzesco castle, Michelangelo’s final work (a towering unfinished marble sculpture of Christ in Mary’s arms) has been given pride of place in a purpose-built space in the heart of the castle, perched on an anti-seismic plinth designed in Japan.

Between Art and Wine, Palazzo della Gran Guardia, Verona until 16 August (www.mostraarteevino.it).  As part of the festivities connected with the Expo in Milan, Verona, one of Italy’s wine-producing centres and the seat of the largest annual wine fair in the country (Vinitaly) is offering a fascinating exhibition celebrating wine, bunches of grapes and tables groaning with food with works from the 16th to 20th century with works by Carraci, Rubens, Caravvagio, Morandi and Guttuso.

There is Venice and then there is ‘Venice’.  Despite the cruise ships and day trippers, it really isn’t that hard to escape the crowds and immerse yourself in the pleasure of simply soaking up the atmosphere and magic of this extraordinary city.  It’s usually enough to walk two or three blocks on either side of the Strada Nuova or St Marks Square to find yourself almost in some quiet little canal watching kids kicking a football (how come it never finishes in the drink?).

To discover an even more hidden side of Venice, jump on the 13 vaporetto from the Fondamente Nove and take the 15 minute ride (past Murano and Burano) to the little group of islands that cluster in the north of the lagoon that have only recently begun to stir from a centuries old slumber.

Certosa is the first you come to.  It’s a beautiful destination but also a great base from which to explore Venice itself – there is an excellent hotel (Venice Certosa Hotel) as well as a number of good restaurants (including Il Certosino).  It only takes 30 minutes to walk around the island, following a path that skirts the water and then cuts through a small stand of forest with rabbits and wild goats.  Unfortunately there is no sign of the Cisterian monastery that gave the island its name (Napoleon stripped it of its Titian and Tintoretto masterpieces before razing it to the ground).

The abandoned 19th century munitions factory, however, has been fully restored and converted into a fascinating exhibition spaces (currently hosting a retrospective of French photographer Philip Plisson).  The second island of the group is Le Vignole, a patchwork of fields at the tip of which are the remains of a 15th century fortification (unfortunately currently closed to the public) that controlled the narrow channel between Venice city and the Lido.

Beyond this, is Sant'Erasmo, the largest, and most interesting, of the group.  For centuries, Sant'Erasmo has been the market garden of Venice, fresh produce from its extensive farms over to the markets of La Serenissima every morning.  Nearly four kilometres long, the best way to visit the island is by bike, pedalling through the fields and vineyards but also along the shores of the lagoon, with breath-taking views back over to Venice and the neighbouring islands.  At the southern tip is the recently restored Hapsburg lookout tower, Torre Massimiliana, which hosts temporary exhibitions.

About half along the island is Sant'Erasmo village, a group of houses and a small church clustered around the waterfront and the vaporetto stop Capannone, near which you’ll find Il Lato Azzurro, a lovely little hotel, which serves local products and rents bikes and Agriturismo Ca Vignotto, which presents the best the island has to offer: fresh fish, fresh vegetables, local wine and occasionally even some fresh game.

It’s possible to buy local products directly from the farmers of St Erasmo.  One of the most interesting is La Maraveglia, an organic farm run by two young entrepreneurs where you can by zucchini, tomatoes, capsicum, beans, cauliflower, eggplants and the islands famous ‘castaure’ artichokes (open each day from 9.00 am to 07.00 pm each day).  You can also visit the island’s only winery, the Orto di Venezia, run by Frenchman Michele Thoulouze, which produces 15,000 bottles a year using a variety of variety of Italian grapes including malvasia istriana (open from 08.00 am to 15.00 pm Monday to Friday).

You can also admire the islands from the water.  The Eolo is a 70 year ‘bragozzo’, the traditional boats that worked the lagoon and skipper Mauro Stoppa offers day cruises with drinks, nibbles and/or dinner (www.cruisingvenice.com).  Cristina Della Toffola also offers cruises in a bragozzo which takes up to 9 people.  Cost for the entire boat range from 380 to 420 euro, aperitivi included (www.veneziainbarca.it).