October 2021: Miro, Perugino, Fellini and a wonderful weekend at Scario, the Portofino of the South

Exhibitions in Italy in October 2021: 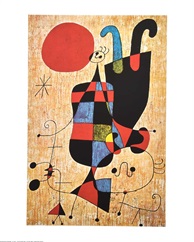 De Chirico and Ventone:  The Victory of Painting (Antonino Crodici Museum, Erice, Sicily; until 3 November).  They seem very strange bed-fellows, one a master of metaphysical painting the other a master of hyperrealism and yet this intriguing exhibition highlights both the artisits desire to revolutionise the painting of their day.

Perugino:  Raphael’s Master.  (Palazzo Ducale, Urbino; www.vieniaurbino.it; until 17 October).  This major exhibition follows the artistic development Pietro Vannucci (1446 to 1523) better known as Perugino.  A contemporary and friend of Botticelli, Verrocchio and Piero della Francesca and a major artist in his own right (he worked extensively on the Sistine Chapel) Perugino is best remembered as the teacher of Raphael.

Events in Italy in October: 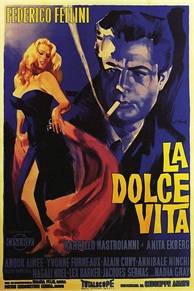 Fellini Museum (Castel Sismondo and Palazzo del Fulgor, Rimini, www.fellinimuseum.it).  The summer saw the inauguration of not one but three museums dedicated to Federico Fellini, Rimini’s most famous son.  The museum’s intention is not to be a shrine or homage to memory, but to enhance the cultural heritage of one of the most illustrious directors in the history of cinema.

ADI Design Museum (Piazza Compasso d’Oro, Milano; www.adidesignmuseum.org/en/)  This fascinating new museum is another important addition to Milan’s design heritage.  It was created to showcase the entire repertoire of projects in the historical collection of the Compasso d’Oro award, created in 1954 by Gio Ponti to promote the quality of ‘Made in Italy’ design.

A weekend in Scario, the ‘Portofino of the South’ 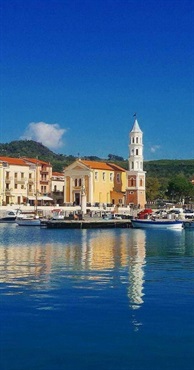 Some people call Scario, seventy kilometres south of the Amalfi Coast, Little Provence because of its colours; the intense smells of the sea combined with that of the wild lavender in the hinterland; its bucolic tranquillity; and the fact that artists such as Jose Ortega, a student of Picasso, and Roman singer/song writer Francesco de Gregori, have made this hidden corner of the Mediterranean their home.  Locals, on the other hand, refer to it, tongue in cheek, as the Portofino of the south for its multi-coloured houses, its small port full of yachts and its clutch of fashionable bars and restaurants.

Whichever version you prefer, this little fishing village has much to offer.  Although only an hour’s drive from Amalfi, Scario’s pretty waterfront, isolated beaches and mountain walking trails remain remarkably free from the crowds that are drawn to its more famous neighbour.

It is one of the gateways to the magnificent UNESCO listed Cilento National Park, a towering limestone headland that drops into the Policastro Gulf.  A hiker’s paradise, the Cilento National Park is covered with marked trails and fringed with small uninhabited beaches reachable only on foot or by boat from Scario - the perfect place for a Hidden Italy weekend.

By train:  Direct trains which take between 2.5 and 3 hours, connect Naples to Policastro Bussentino.  There are regular buses and taxis available from here to Scario, four kilometres away.  By car:  If you’re driving take the A3 autostrada that heads south from Naples to Reggio Calabria and take the exit for Padula and then the highway 517 for Policastro Bussentino.  By air:  The nearest airport is at Naples.

Hotel Giardino (Via Giardino, Scario) is a three-star hotel in the heart of Scario, a short walk from the waterfront passeggiata, with a garden facing onto the sea, a private beach and an excellent restaurant (doubles start around 100 euro per night).

The Ora Resort Marcaneto (Locality Marcaneto, Scario) is slightly outside town, surrounded by green, with panoramic views of the gulf and a swimming pool (doubles from 80 to 120 euro per night).

Il Rifugio del Contadino (Via Nuova Provinciale 1, Bosco) is a beautiful country house on the slopes of Mt Bulgheria behind Scario, with spectacular views, walking trails and a celebrated restaurant (doubles from 90 euro per night).

Settle in to your hotel and then go for a walk along the waterfront or up through the olive trees to the lighthouse.  Afterwards you can return to the waterfront (Lungomare Marconi) for dinner at Ristorante U’Zifaro (renowned for its seafood, eg orecchiette with pistacchios and prawns) around 35 per person.  Finish the evening with a delicious homemade gelato from Bar Mose (flavours include ricotta-pear or ricotta-pistacchio)

After breakfast, head to the port to catch one of the boats that take you along the coast of the national park.  You can take a full day trip or a half day trip visiting untouched beaches, enchanting bays and ancient grottos.  The offerings vary from a simple fishing boat to larger cruisers which include fishing and lunch on board (Mega Tourist).  For something more exciting, go diving in the marine park (Diving Continente Blu, Marina di Camerota).

After lunch back at the ranch and a nap, time to explore the little town, starting with a quick visit to the Archeological Centre (via Rione Nuovo) hosted in the local Middle School, which has a small but interesting collection including the jawbone of a Neanderthal child from over one hundred thousand years ago and then to the shops on the waterfront including Street Food Zu Pietro for local wine and gastronomic treats and Clany, for artisan leather goods and ceramics and to try the gelatos at Bar Gelateria Tony (Lungomare Guglielmo Marconi, 20).

Get your walking shoes out and follow the well-marked trail to Spinosa Point and the Grotta dell’Acqua, with its stalagmites and stalactites, enjoying the spectacular views of the coastline and gulf along the way.  Wait for the sunset before returning to Scario, where you can have an aperitivo at the J-Pub (Lungomare Guglielmo Marconi, 48) and dinner on the waterfront at Tipiteca (Lungomare Guglielmo Marconi, 2), which offers both seafood and dishes from the hinterland such as paccheri (flat pasta) alla cilentana (sausage, eggplant and pecorino cheese), around 30 euro per person.

Time to hire a car for the day and explore the hinterland and the Cilento National Park, starting at Bosco, famous for a brutally supressed uprising against the king of Naples in 1828.  A large ceramic mural by Jose Ortega (a student of Picasso who lived in the village) celebrates the event.  It is also possible to visit the Ortega Museum (Via Santa Rosalia) dedicated to the artist.  From here you can carry on to the town of San Giovanni di Piro and beyond this into the surrounding forests to the magical sanctuary of San Giovanni Battista, founded by Byzantine monks in the 11th century.  From here trails fan out across the national park, including the Sentiero degli Eremiti (the trail of the hermitage) a climb up through lavender fields to the top of Mt Bulgheria with breathtaking views (3 hours return) or a walk down to the beach of Marcellino (3 hours return).

An afternoon tour, starting with a stop at Policastro Bussentino, 4 km from Scario, which was an important Greek and Roman port and has Norman fortifications, and then a further forty kilometres on to the monastery of San Lorenzo di Padula, a vast baroque masterpiece, which was founded in 1306 but reached its maximum splendour in the 17th century.  The vast convent complex covers over 50,000 square metres and is UNESCO World heritage listed (www.padula.eu).

Just in case you have a bit of extra time…. you could spend the afternoon, or a whole day, embracing nature, starting with a visit to the WWF oasis at Morigerati, forty kilometres from Scario, which stretches along the Bussento River, where there is one of the largest otter colonies in Europe!  The river disappears underground to re-emerge at the Grotta del Risorgenza and a canyon of rapids and waterfalls (the tiny hamlet of Morigerati is itself worth a visit).  A further seven kilometres from here is Caselle di Pittari, with a museum dedicate to the grottos and caves of the area.  The other nature tour is to the Valley of the Orchids, at the top of the national park between the hamlets of Sassano and Teggiano forty kilometres north of Scario.  This itinerary is thirteen kilometres long and designed to be driven, stopping along the way some see some of the 184 different types of wild orchids and over 100 species of wild aromatic plants that are native to the region (best seen in the spring, ie until mid-June).

Dinner at the Locanda di Romeo in Bosco (Via Nuova Provinciale, 33) on the way back to Scario, which proposes ninety-six different types of pasta dishes, including ‘strascinati soleggiati’ or the ‘sunny’ pasta, based on sun-dried Pacchino cherry tomatoes and eggplant.  Back in Scario, you’ll probably want to extend your stay by a couple of days, there is really far too much to see and enjoy here…  why rush?