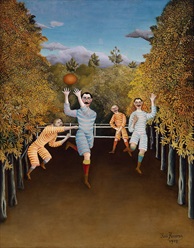 Guggenheim: The Thannhauser Collection, Palazzo Reale, Milano until 9 February (www.palazzorealemilano.it).  In 1963, German businessman Justin Thannhauser donated his extraordinary art collection to the Guggenhiem Museum in New York.  This collection will be on display in Milan until 9 February, over fifty masterpieces: impressionist, post-impressionist and the avant-garde of the early 1900s.  Worth a visit on its own!

De Chirico.  Palazzo Reale, Milano, until 19 January (www.palazzorealemilano.it).  While you are at the Palazzo Reale, you should also leave time to visit this splendid exhibition.  De Chirico was one of the most innovative and controversial artists of the 20th century.  This thoughtful and comprehensive exhibition, reviews and revalues the misunderstood works of his later career.

From Titian to Rubens, Masterpieces from Antwerp and other Flemish Collections, Palazzo Ducale, Venice, until 1 March (www.palazzoducalevistmuve.it).  Masterpieces coming from major Flemish public and private collections will enhance the rooms of the Doge’s Palace in Venice for the next three months, works by Rubens, Van Dyke, Titan and Tintoretto, including the so called “Bowie Tintoretto”, which was once owned by the late Rockstar.

The Spanish Stairs (scalinata di Trinita dei Monti), Rome.  If you are thinking of sitting on these wonderful stairs, think again or take your wallet with you.  Rome has recently introduced fines of up to 400 euro for sitting on the historical monuments in Rome.  Good job, too.

La Liberta della Poesia, Basilica di Santa Croce, Florence (www.santacroceopera.it).  This imposing Neoclassical statue of a large draped lady holding her hand aloft is believed to have been the inspiration for the Statue of Liberty that greets travellers entering New York.  Thanks to the 'Friends of Florence' has been completely restored and returned to its plinth in the church of Santa Croce.

Upstaged by its more famous neighbours, Lake Como and Lake Garda, Lake Iseo is something of a local secret but it has much to offer.  It is a deep lake, twenty-four kilometres long, surrounded by mountains that touch on one thousand metres and have some very good hiking trails.  It has Europe’s largest lake-island, Monte Isola, which is car-free and has twelve villages and hamlets, is connected to the mainland by regular ferries.  The island is ringed by a cycle/walking pathway.  A winding path leads through forest up to the peak of the island, over 500 metres, where there is a 14th century convent.

The same glacier that gouged out the lake also formed the Franciacorta, the hilly land that fans out south of the lake and is one of Italy’s premier wine producing districts.  It’s a beautiful area, rolling hills covered in thick vineyards, dotted with grand villas, small villages and the occasional castle and monastery, connected with a network of cycle ways and walking trails.

They have been producing a good bubbly in the Franciacorta since the Middle Ages (noted in a document in 1277) but it wasn’t until the mid-1950s when oenologist Franco Ziliani and wine entrepreneur Guido Berlucchi put their heads together that the district really kicked off.  In 1961 they released their first three thousand bottles of ‘Franciacorta’ bubbly, and there has been no looking back.  After having won multiple awards, there are now over one hundred winemakers producing more than fourteen million bottles per year.  Where there is good wine, there is usually good food and the Franciacorta is no exception.  The Strada di Franciacorta is a signed route that enables you to visit some the district’s finest winemakers and best restaurants…… more than enough for a Hidden Italy weekend.

By car:  From Milan, take the autostrada A4 that connects Milan with Venice.  To get to towns at the north end of the lake, take the Bergamo exit and then state highway; to get to the towns on the west side of the lake, take the Palzzolo sul Oglio exit and then the provincial road to Sarnico.  By train:  Go to Brescia station and take the regional Trenord that connect Brescia-Iseo-Edolo (www.trenord.it).  By air:  The closest airport is Bergamo-Orio al Serio (40 kms).  There are regular buses from here to Bergamo and Brescia (www.orioaeroporto.it).

Foresteria La Ceriola (Via Cure,20 Monte Isola).  This simple but comfortable hotel is in a hamlet near the peak of Monte Isola.  It has four comfortable rooms with en suite bathrooms and an excellent local restaurant.  There is a shuttle up and down to the port.  Double room with a generous breakfast from 70 euro.

Hotel Relais Mirabella Iseo (Via Mirabella 34, Clusano sul Lago).  This very good 4-star hotel is on the southern shore of the lake, with expansive views across the lake to the island.  It is a restored Cascina (historic farmhouse), has beautiful grounds and swimming pool.  Doubles from 164 euro.

Agriturismo Solive (Via Calvarole 15, Nigoline di Crota Franca).  In the heart of the Farnciacorta, this romantic ‘agriturismo’ is surrounded by vineyards of the Bariselli family, one of the historic producers a short drive south of the lake.  It also has an excellent restaurant.  Doubles form 70 euro.

B&B Camignone (Via Diaz 7, Campignone di Passirano).  This charming B&B is on the edge of a small hamlet in a renovated farmhouse that dates from the 1600s.  It has two very comfortable rooms that open out on to vineyards.  Double room from 80 euro.

Due Colombe (Via Foresti 13, Borgonata di Corta Franca).  Set in the medieval village of San Vitale, this Michelin-starred restaurant offers the finest of the area, a delicate balance between tradition and measured innovation.  Their signature dish is ‘manzo all’ollio’, a beef dish chef Stefano Cerveni learnt from his grandmother.  Degustation menu:  70 euro per person

Barboglio da Giaoncelli (Via Nazario Sauro 5, Corte Franca).  Attached to a cantina, this restaurant made of stone and timber has a very relaxed ambience and an adventurous menu.  Degustation menu 40 per person

Dispensa Pani e Vino (Via Principe Umberto, Torbiato d’Adro).  This institution has three options: the ristorante, where chef Vittorio Fusari offers creations such as red prawn tartare and a pistachio gelato with lake fish.  The second option is the osteria which offers classics of the Franciacorta.  And then there is the bar where you can have snack food such as panini and piadine.

Osteria della Villetta (Via Marconi 104, Palzzolo sul Oglio).  This is one of my all-time favourite restaurants – in the same family for four generations!  “A bulwark of Brescian cuisine for over a century, this restaurant has Art Nouveau-style furnishings, a retro decor and an authentic family atmosphere. It serves delicious specialities such as lake fish, onion soup, tripe, meatballs and beef in olive oil.”  Michelin Guide, 2019.  It also has very nice lodgings upstairs, just in case you have one Franciacorta too many.

The most convenient way to explore the Franciacorta is by car.  Details of the Strada del Franciacorta and much more can be had from the association (www.stradadelfranciacorta.it) who are based in Erbusco.  Some of the vineyards are open for drop-ins but for most require a booking to be made 48 hours in advance.  Details of all the vineyards (including websites and email booking info) can be found on the consortium website: www.franciacorta.net.

Get there early, check in to your accommodation.  Go for a stroll along the lake shore and have a glass of bubbly while the sun sets.  Get an early dinner and an early night.

Explore the western side of the Franciacorta.  First stop is the impressive abbey of San Nicola at Rodengo Saiano.  Founded by the Cluniacs in the 11th century it passed to the Olivetian order in the 15th century, who added three large cloisters.  The abbey has two large frescos by Romanini (1531), a beautiful wood inlaid choir (1480) and a pala by Moretto (1540).

Among the noted winemakers to visit in the area, at Monticelli Brusato is La Montina.  Sitting on top of a three hundred metres rise, the headquarters are in the elegant 17th century Villa Baiana.  At nearby Camignone are the vineyards of IL Mosnel, which was founded in 1836.  Among the initiatives of the owners Giulio and Lucia Barzano is a degustation with picnic in the vineyards.  Otherwise, you could have lunch at the excellent Osteria del’Angelo (around 25 euro per person).

Exploring the central Franciacorta.  Go for a ‘post-prandial’ walk in the Torbiere del Sebino Nature Reserve.  This lovely park was created by the flooding of ancient peat ‘quarries’ near the lake.  The various lakes that were formed are connected by a series of path and wooden bridges and have become bird-watching reserve.

Overlooking the Torbiere is the monastery of San Pietro in Lamos, founded in 1083.  This beautiful institution has three frescoed chapels that date from the 12th, 14th and 16th centuries.

The are a number of important vineyards that have thrived on the breezes that come off the lake, including Bersi Serlini, whose headquarters are actually based the refectory of the monastery, as the Gothic frescos attest.  The cantina is in deep chambers excavated in the bedrock.  Nearby Barone Pizzini was one of the first producers of modern Franciacorta and also the first to go biological.  It’s impressive cantina has three levels: ground level, minus 5 metres and minus 10 metres.

Monte Isola is the largest lake island in Europe (4.5 square kilometres).  The most convenient ferry port is Sulzano on the south of the lake, where it is possible to leave your car.  On the weekends, ferries leave for Peschiera Maraglio every twenty minutes and cost 4 euro per person (www.navigazionelagodiiseo.it).  This pretty port has a long tradition of boat and net making and has a very interesting museum dedicated to these traditions (Museo della Rete).

The nine-kilometre circuit around this car-free island starts from here and takes 3 to 4 hours walking or 1 to 1.5 hours on a bike).  Going in a clockwise direction, we’d recommend the following stops: Sensole, with its views of San Paolo Island; Menzino, which is dominated by a castle from the 14th century; Siviano, a fortified village with a pretty port and Carzano, which has views over Loreto Island as well as a very good place for lunch: Ristorante Monte Isola, which, not surprisingly, specialises in local lake fish.

With a network of small secondary roads with no steep hills, the Franciacorta is an ideal place to explore on a bike.  There are a number of different colour-coded itineraries, including #4, the Franciacorta Rose?, 37 kilometres/two hours round trip.  It starts at Erbusco and then passes through Bornato, Cazzago San Martino, Rovato and Coccaglio.  Bikes can be hired from Iseo Bike in the town of Iseo, which is on the southern shores of the lake (15 euro per 4 hours).  They also run guided tours of through the vineyards of Franciacorta and around the lake.

The valleys in the foothills of the Alps around the Franciacorta offer a vast variety of more challenging bike rides.  Last month a new network was added to the Greenways of the Resilienti Valleys (www.attivaree-valliresilienti.it) which explore the Trombia Valley and the Sabbia Valley.  There are forty eight different mountain bike itineraries (including an easy eight kilometre ride to the waterfalls of the Neco River and a more challenging twenty-five kilometre up Mt Sino).  For the more relaxed, there are two ‘slow bike’ itineraries: a thirty kilometre ride up the Trombia Valley to Bovegno and a forty-five kilometre ride to Vestone in the Sabbia Valley.  There is also a one hundred and twenty kilometre road bike circuit that touches Mt Maniva and Lake Idro.