The Val d’Aosta (the Aosta Valley) may be Italy’s smallest region but it is also one of the most spectacular: a wedge of towering mountains in the north-west corner of the country, sharing borders with Switzerland and France.  The Val d’Aosta itself is a deep and beautiful valley dominated by Europe’s highest peaks: Mt Blanc, the Matterhorn and Monte Rosa to the north and the massif of Gran Paradiso to the south.

The Val d’Aosta and its tributary valleys have linked Italy with the French and German speaking worlds since Roman times, as the imposing castles that guard the valleys bear witness.  Tourists first discovered Val d’Aosta in the early 19th century when British mountaineers and alpinists came to conquer its mighty peaks but the region also offers some of Europe’s finest autumn walking: a variety of well-marked trails that wind through the small valleys, connecting villages, high pastures and mountain passes, passing stone hamlets, waterfalls and glaciers along the way.

This wonderful tour celebrates the incomparable natural beauty and rich cultural heritage of Europe’s most spectacular mountain range.  It starts with two days in elegant Turin and then four days exploring a small valley in the shadow of Mt Rosa.  The next four days are spent exploring the Gran Paradiso National Park, Italy’s oldest national park.  The last two days are in Courmayeur, a glamorous resort at the foot of Mt Blanc.  Going in early September means we avoid the summer crowds and we get to enjoy the autumn weather, colours and cuisine.

These are walks, not hike, and they follow well-marked and well-maintained paths.  However, they are more challenging than most of the walks on our usual guided tours.  We have classified them as Grade 3 (ie between 12 to 15 kms with some steep climbs) and you will need to be reasonably fit and a strong walker to enjoy them.  Your efforts, though, will be amply rewarded as the trails take you through green valleys filled with forests and alpine villages which are surrounded by glaciers and Europe’s highest mountains.  Most of the walks leave directly from our accommodation so there is no need for long transfers.

Accommodation is in 4-star hotels.  The first in Turin is a well-established hotel in the pedestrian centre of the city.  The second is a lovely alpine hotel at the head of a small valley with views up to a glacier and the peak of Mt Rosa.  The third hotel, an elegant mountain lodge, drips with history and has been in the same family since it opened in 1925.  The last is a charming hotel set in the centre of Courmayeur with breathtaking views of Mt Blanc.  All the hotels have wellness centres and spas and two have swimming pools.

The food and wine:

The cuisine of the Val d’Aosta is simple and substantial, as befits a mountain region.  It shows the influence of nearby France and Switzerland: robust soups, polenta, risotto, wholesome rye breads, tasty sausages and smoked meats, fine handmade cheeses (fontina and toma are the best known) and game from the surrounding mountains and valleys.  One of the few places to have escaped the ravages of the phylloxera plague in early 20th century, the Val d’Aosta has the oldest vineyards in Europe.  They produce some very fine wines including Blanc de Morgex et de La Salle and the robust Nus Rouge as well as the famous ice wine and glacier bubbly, produced in Europe’s highest vineyards. 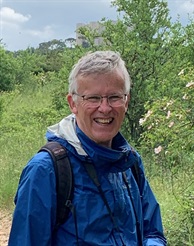 Simon Tancred will lead the tour and we will be accompanied on the all walks by a fully qualified local mountain guide.  The founder and director of Hidden Italy walking tours, Simon has over thirty years’ experience hiking and walking in Italy, including twenty-five years leading group tours for Hidden Italy.  ‘Great Walks’ magazine recently said he had the best job in the world… (there are other much more worthy jobs around but I am lucky my passion has become my profession) - click here to read the interview.

Interested in the Courmayeur and the Val d'Aosta walking tour Guided Tour?

•12 nights accommodation (see the itinerary for details) in 4-star boutique hotels
•All breakfast, and all lunches and dinners (wine included) listed in the itinerary
•All transfers during the tours
•All taxes and service charges at the hotels and restaurants
•All paid admissions during the tour
•7 guided walks
•Services of a full-time professional tour guide 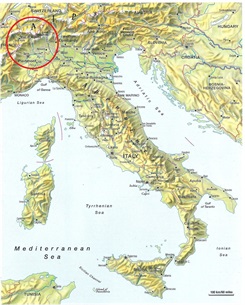 Find out a little more about the Courmayeur and the Val d'Aosta walking tour tour by reading some of our most frequently asked questions.